(W.E. Talk) In developing football sport, what can China learn from Germany?

(ECNS)– Dubbed “The Golden Bomber”, Jürgen Klinsmann is a legendary footballer who helped the German national team to win both World Cup and Euro Cup titles. After retiring as a player, he transformed himself into a professional coach and manager, continuing with his passion for the sport and passing on his experiences to the younger generations.

Ma Mingyu, a symbolic figure in Chinese football, served as the captain of Chinese national football team during the 2002 World Cup Korea/Japan. He also played in Italian Serie A and is now an Executive Committee member of the Chinese Football Association.

In this W.E. Talk, two football experts share their expectations for the upcoming Qatar World Cup and discussed the experiences and lessons learned in the development of this sport in both countries.

Klinsmann observes that China is on a “learning curve” just like other football powerhouses, and ups and downs are inevitable. He believes Chinese football will go along the right path with more and more children getting to love this sport and more infrastructure-building is facilitated on a higher level.

Based on his personal experience, Ma said Chinese footballers should learn from their German colleagues the perseverance and spirit to fight back against frustrations. He also agrees with Klinsmann that a stable league system, wider participation and professional training of young players are key to the development of the sport in China.

Here’s an excerpt of the dialogue:

CNS: Chinese man’s football team is under fire for their performances at the World Cup qualifications. How should they deal with those criticisms and how should Chinese football go forward?

Ma Mingyu: Every player will face criticisms. It’s normal if you lose the game and the fans will criticize or scold you. As Chinese football players, we should face the criticisms directly, with an open mind. We need to figure out the problems in the system, in the environment and also on we footballers. Those that are not good should be abandoned, while those good qualities, like what we could find on others, including Europe and our neighbors Japan and South Korea, should be learned.

Jürgen Klinsmann: I think criticism is always there in the world of sport. It’s normal. When things are not going so well, then the coaches and the players are blamed and also obviously the administrators and the owners and the investors. But I think in sports you take criticism always as a motivation. Every time when you get criticized for something, don’t be disappointed with criticism.

You have to take it positively and you have to say “okay, I learn now out of whatever mistake or bad performance, and I go to the next challenge”. It constantly goes forward. You look at what you can do best in the next week or next month or next year. And I keep my fingers crossed for the Chinese football that it keeps growing and growing and gets stronger and stronger. 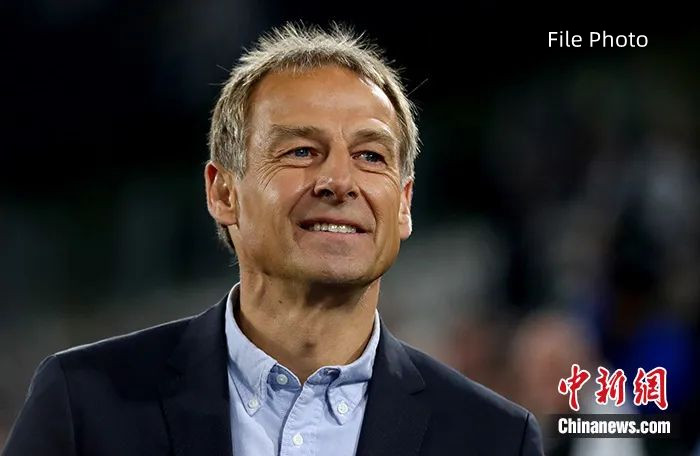 CNS: Apart from the games of national teams, football leagues are also an important infrastructure for this sport. What do you two think of the role of the leagues and football clubs?

Jürgen Klinsmann: I think the Bundesliga is extremely important because it’s the league that every child dreams about to play for one day. When you were born and your father passes on the team to you, whatever his favorite team is, if it’s Bayern Munich, if it’s Hamburg or if it’s Stuttgart or Berlin, doesn’t matter.

And in your neighborhood, everybody plays football. So for us, football is just so embedded into our spirit, into our culture. We can always talk about football; we can get up with football and we can go to bed with football. We cannot wait until Saturdays when the games are getting played.

Ma Mingyu: I think the football league is a touchstone that reflects the level of the sport in a country. The quality of a league has a huge impact on football, especially on young players. The national league must keep a stable system, then it can lead the development of football. Mr. Klinsmann just mentioned the football culture, which is also a very important point. Many Chinese clubs have started to cultivate this culture thing. But I think it’s far from enough. So I think the football culture should be embedded into our leagues and in the sport. 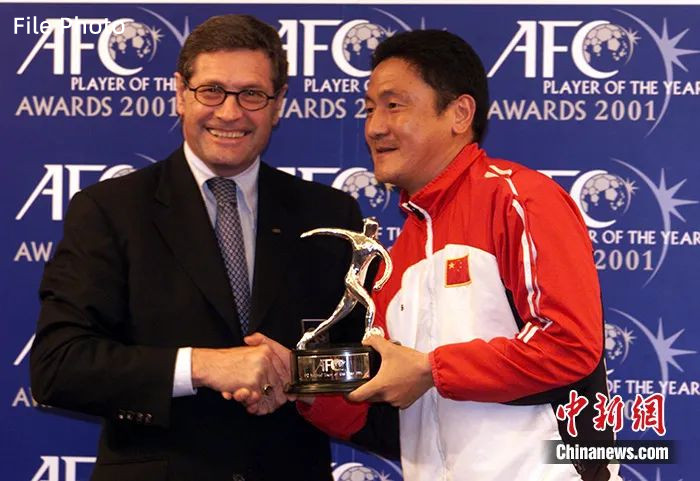 CNS: Germany is a football powerhouse in the world that cultivated so many football talents. How is that related to engaging the kids into the sport? And how can China reflect on German experience?

Jürgen Klinsmann: If your environment plays football, you will play football. If you find in your neighborhood other children that play football too, or in school, this is when you could develop the energy and the desire to play football. Obviously in China, for example, is ping pong. Your table tennis is big. So everybody plays ping pong, you play ping pong. So I only grew up with football because my entire neighborhood only played football.

I live in America for more than 20 years, and a lot of children play basketball because they see a lot of people play basketball. So I think when you have an environment that favors a certain sport, then you become part of it and then you like it, and that drives the entire infrastructure of the game.

Ma Mingyu: Now football has been promoted among schools with the introduction of a national initiative to encourage “campus football” in 2015. But I think it’s far from enough, especially for professional training. There’s also a lack of good coaches. But what I think is very promising is that the Ministry of Education has started to promote the national campus football league this year. With more school children playing football and the improvement of professional training of young players, we can expect a level-up of the sport in China.

CNS: Many CSL clubs are facing crises after spending too much money in the past few years. And both CSL and the Chinese national team have hit rock bottom. What do you think is the problem?

Jürgen Klinsmann: It’s a learning curve that a lot of countries went through. In the beginning, they maybe spent too much money on players, including those foreign players.

The American MLS league is now 26-years-old. Also they made some mistakes in the beginning. Some clubs had to fold, and then step by step, they added more clubs. So it is up and down.

Every league has its ups and downs and the league depends on the infrastructure of the country and the federation, the stadiums, the fields and obviously, the kids, the youth football. I was fortunate 3 years ago to go to a game of CSL. It was a very good game that I saw. I’m sure that they could kind of balance things out. You learn every year. And then things will turn at the right direction.

Ma Mingyu: Now, when we talk about the “money-burning football”, many blame the capital and investors for their interventions. But frankly speaking, I don’t think it’s right, because a good market needs the involvement of those investors who are fond of football. Chinese football is also exploring its path. We don’t have to be afraid once there’s any problem. We need to find out the source of the problems and solve them, making the league better and better.

CNS: Where do you see China and Germany can further cooperate in the football field? Mr. Klinsmann, I know you’ve come to China in 2019. What’s your observation on the development of football in China all these years?

Jürgen Klinsmann: Every cooperation that we can have between the Bundesliga and the Chinese Super League or between the two federations is good. The more you play, the more you compete, the more you exchange teams, maybe tournaments, especially also on the youth level, and the more you discuss different ideas, different approaches. I think this approach has to be there and the win-win situation helps always both sides. And that’s why I’m happy that the Bundesliga, they have offices in China. It gets to have more exchange, more get-togethers.

When I saw the kids playing there in China 3 years ago, I was highly impressed and I think the more this now is happening on a daily base, the more they play all over the country, the stronger your entire infrastructure will get, and also at the end, the stronger your national team will get. Obviously, China was not lucky to now to go to Qatar, but then the next World Cup has to be the goal. But it all starts with the children playing more. 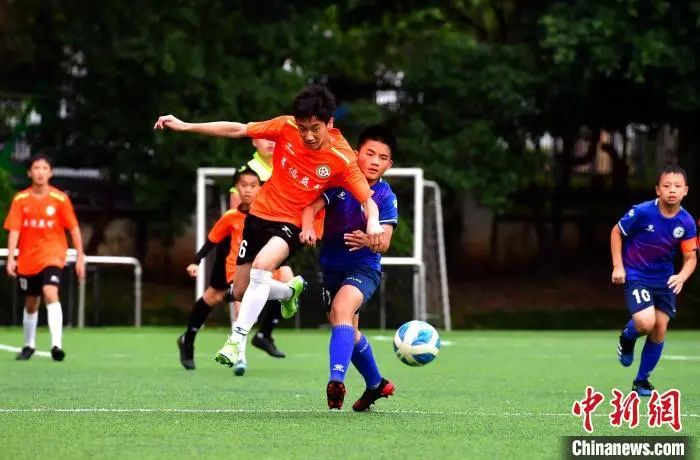 Ma Mingyu: Actually, many Chinese football players have been to Germany. One of the most successful ones is Yang Chen, one of my previous teammates, who played once for Eintracht Frankfurt. Germany has done beautifully in youth training, like in their skills. If there can be some deep conversations in this field with Germany, then it will be of great help for Chinese football.

CNS: Some Chinese players are now playing in European leagues. Do you have some suggestions for them, Mr. Klinsmann?

Jürgen Klinsmann: A lot of people say if you go and you don’t score goals or you don’t become a player right away in the first 11, it fails in Europe. But that’s not true. It’s only a good thing and so there’s no failure.

It’s a learning curve just not only on the football side, also on the person’s side, to go to a different country, live in a different culture, speak a different language. It’s very difficult, so it’s a huge challenge. I think if you get the opportunity, try it, do it.

U.S. drops mask mandates, but far from “next normal”

Xi Focus: “I was once a farmer”